The challenge is to herd the sheep into the pen without knocking any of them over, or knocking any wolves over. We only attempted three out of six sheep on each of the three runs because we couldn't get the frame rate out of the camera to move faster. The robot is following the guidelines autonomously.

The challenge is to deliver 'cattle feed' (actually rice) into the troughs so that they are half full (indicated by a black line). We managed two full runs of three troughs in four minutes, but could not get another run into the five minute time limit. The robot is following the guidelines autonomously. The rotary valves ensure that rice does not get stuck in the opening.

This is a free form fun thing, but also shows that the robot is not restricted to indoor smooth surfaces, but can take a bit of stick. The robot is remote controlled by A PS3 controller, interpreted by an ESP32

We didn't get the apple picker ready in time.

and here's some stuff we recorded earlier ....

Working out the best route without the rice on board. Timing looks good allowing 4 seconds at each trough for emptying. Jerky motion is because Picamera is too slow to keep up with robot movements, while OpenCV gives you the OLDEST frame in the buffer, which is completely useless. May have time to do multi-threading; may not.


The hardest challenge may well be the trough filling, as you have to shift an awful lot of weight while not doing involuntary handbrake turns, so we are pleased that progress has been made with this. We have had to put brass weights on the back of the robot to counterbalance all that rice 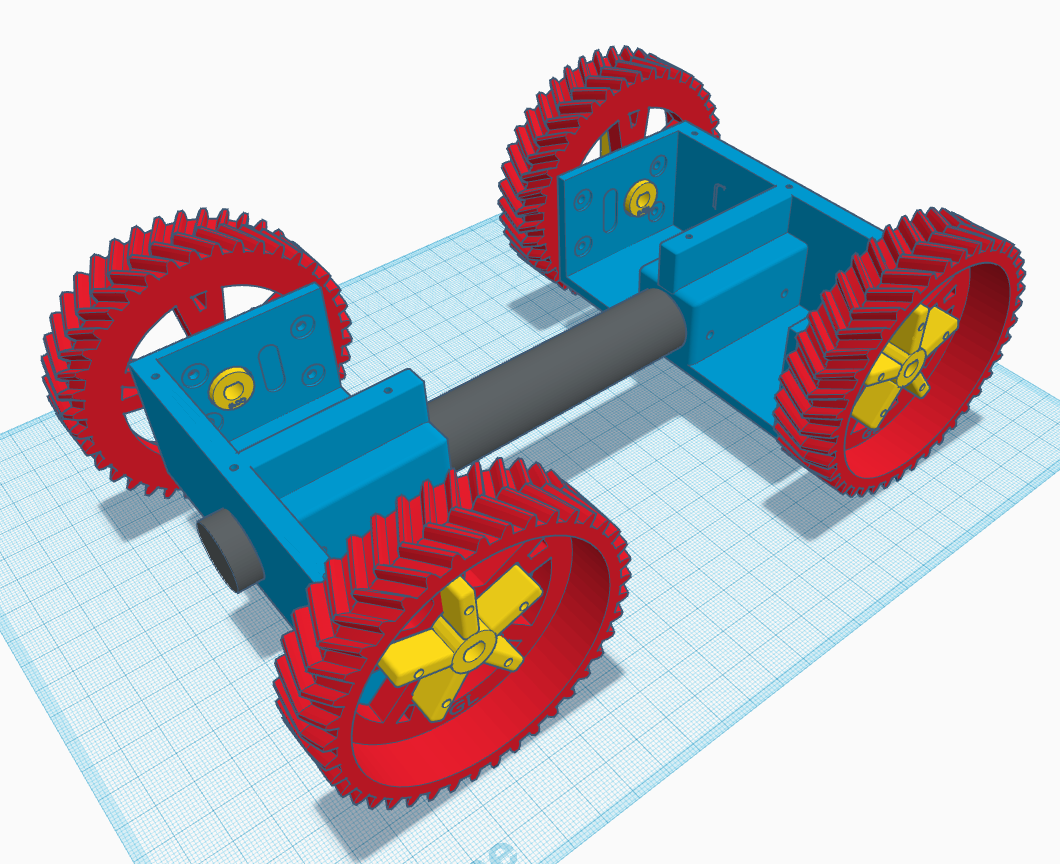 Because there is an agricultural theme we will try to make the robot look like a farm tractor but to get started this is a chassis concept, all 3D printed apart from the carbon fibre tube at the centre, and here is a prototype:

the motors are widely used in electric curtain rails and therefore are available in a huge variety of voltages and gear ratios in the same form factor, so we can swap if amending the wheels does not give enough flexibility

and here's why you need a choice of wheel sizes

Why so much attention to off-roading when 3 of the 4 challenges are indoors?
Basically, we expect a tough competition with every point a struggle. Any chassis will work indoors, but you have to have the same chassis for all 4 challenges, so the outdoors one is the decider


This is really 3 robots with the works between two acrylic sheets 8mm apart (hard to see in the photo!): 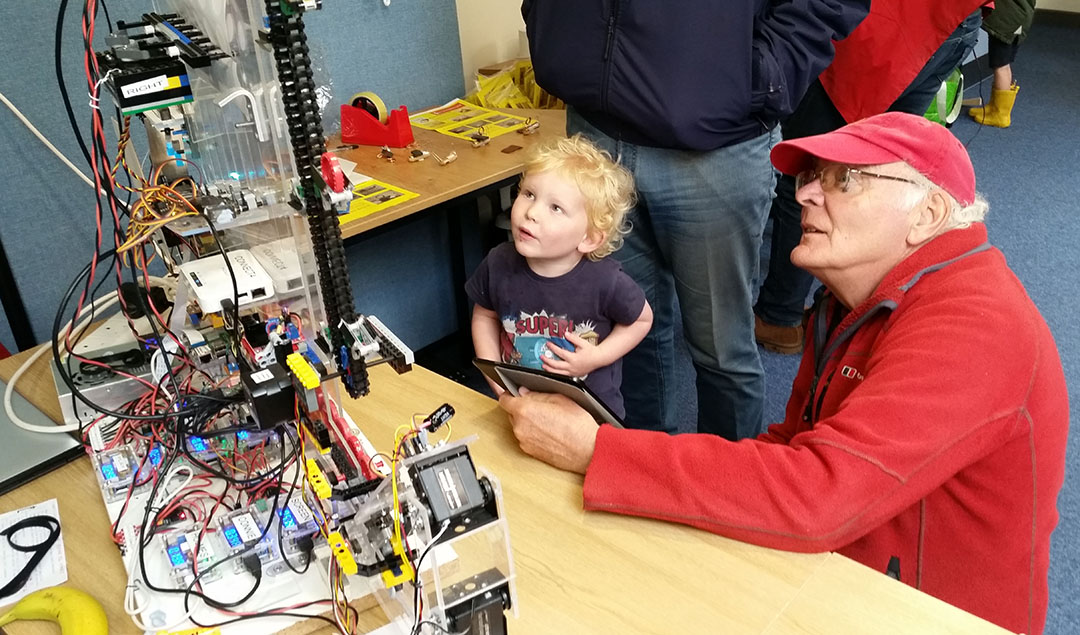 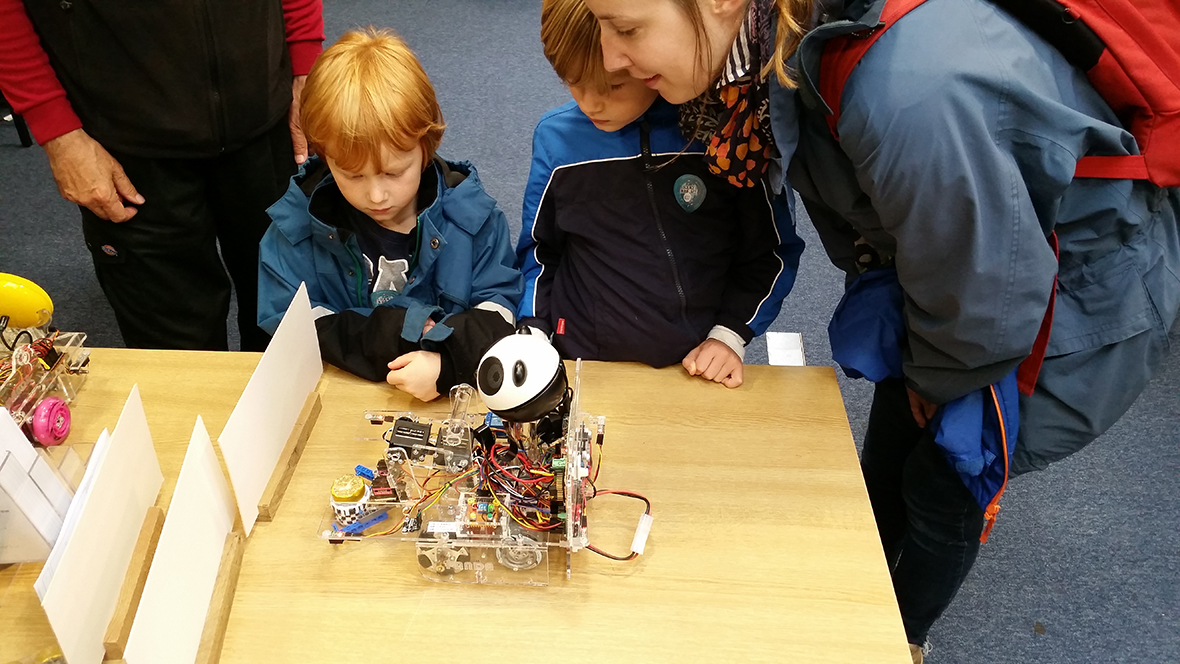 The Pyrotechnics And Nasties Disposal Automaton finds a lit bomb (by its checker pattern), picks it up, and extinguishes it by dropping it over the side of the table into a bucket of water

For more of Colin's robots go to https://sidmouthrobots.co.uk/ 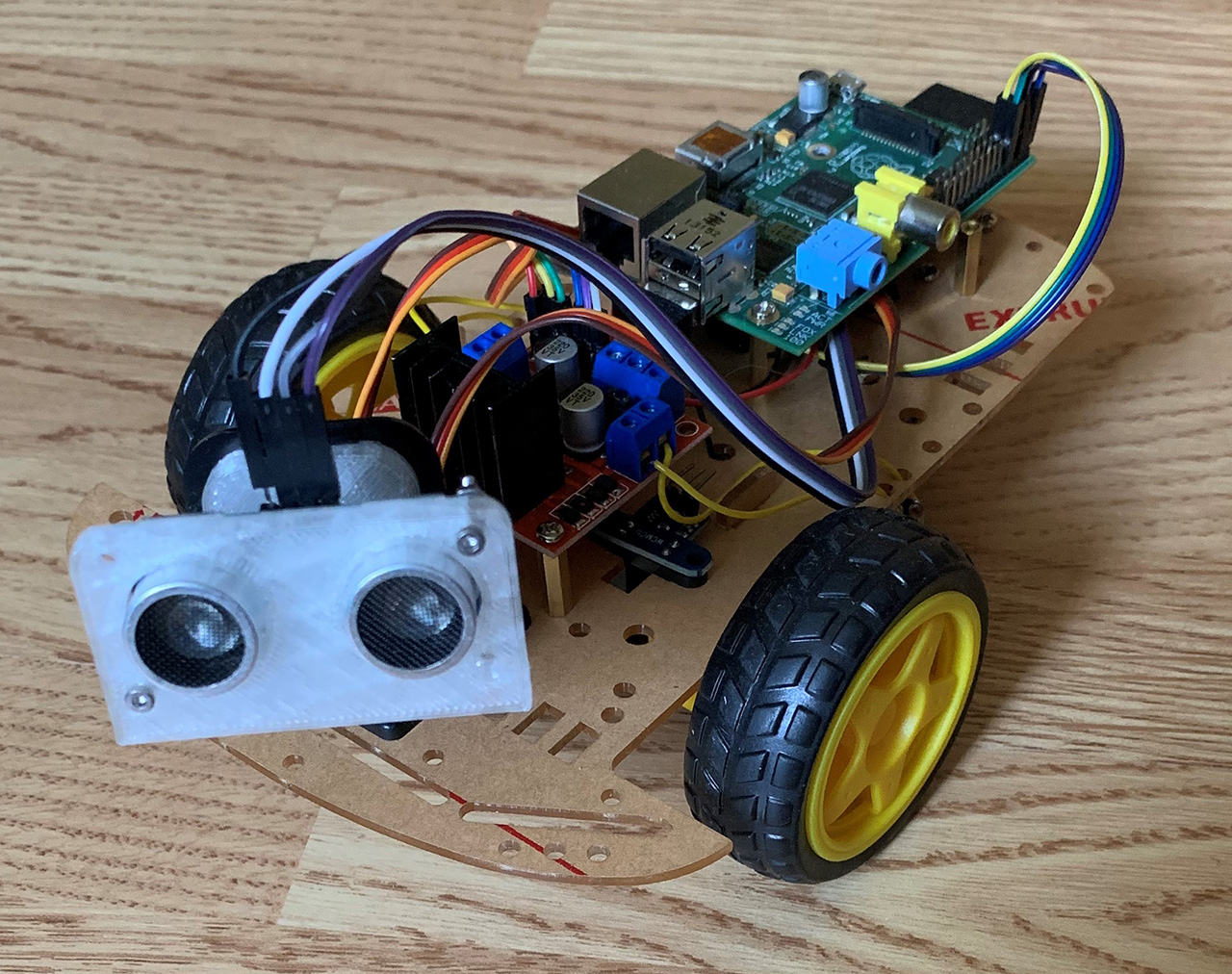 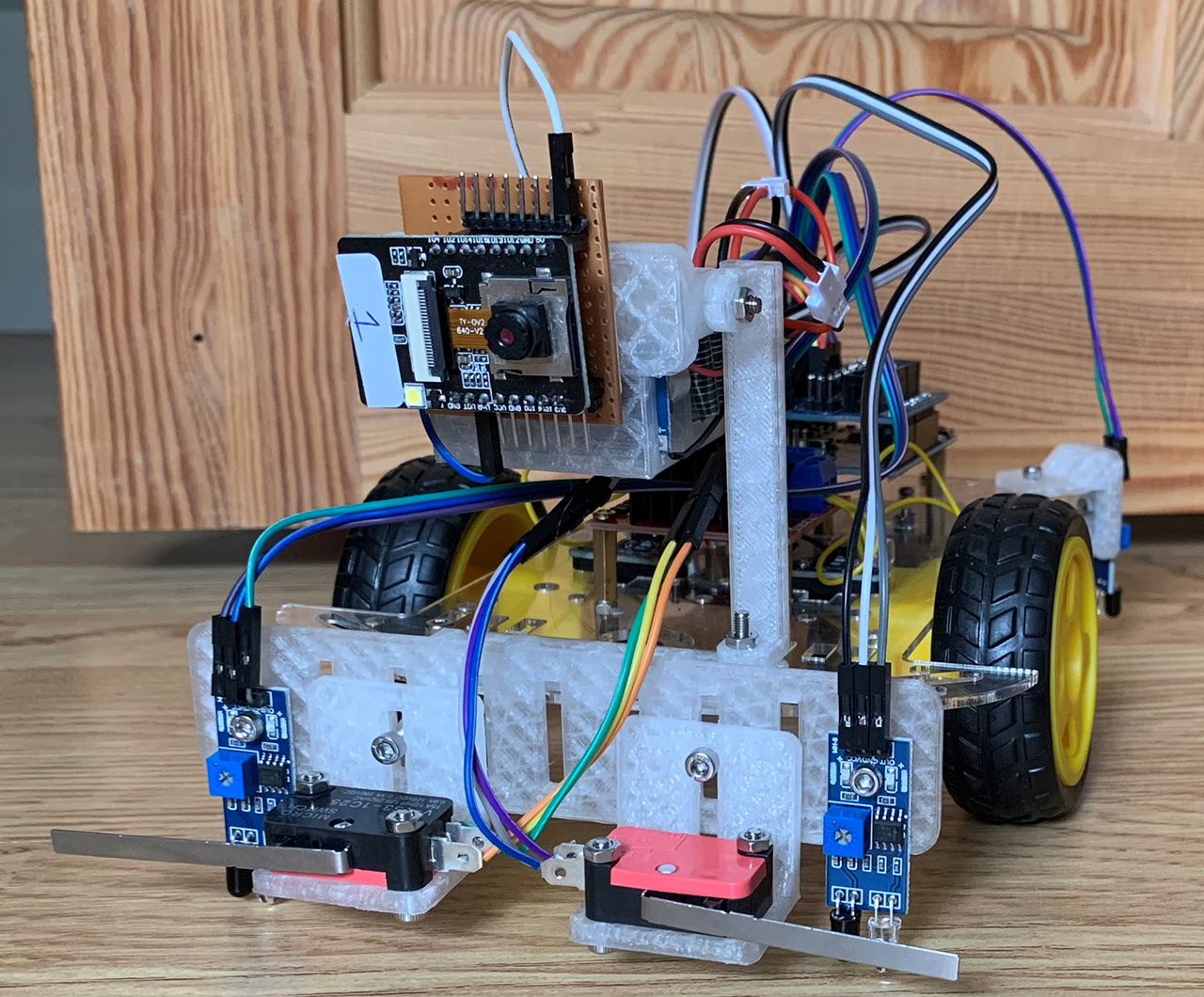 For more of John Flanagan's robots go to https://www.tekyinblack.com/general-projects/robots/